It was the annual PGMs Industry Day on Wednesday 24th March 2021, a high-level strategic gathering that brought together leading industry players, including local and international mining companies, users and investors.  Against the backdrop of soaring PGMs prices, key stakeholders discussed the huge potential of this sector. Chaired by Bernard Swanepoel, some of the crucial issues addressed included:

• The outlook for platinum group metals globally
• The supply and demand fundamentals affecting the market
• Producers’ strategies for future production, supply, investment, modernization and energy
• Potential growth opportunities and new projects
• The role of PGMs producers in Zimbabwe in the global market
• Investors’ perspectives on the PGMs industry
• Future markets and applications
• The specific role of PGMs in the hydrogen economy 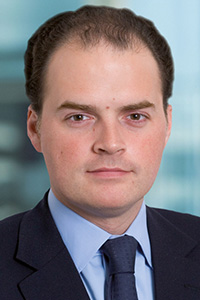 Hambro said the hydrogen economy “could have a massive addressable market in the future but the journey will be incredibly volatile in terms of the move from labs to large scale deployment.”

He said the platinum industry had gone through “significant pain” because of the “moving parts” on the demand side which had played out negatively into the pricing of the commodity. “The industry reacted in many cases by taking capacity out and right now the industry is in a much stronger position, it has really sorted itself out. We have had the consolidation which has rationalised part of the industry. We have had the internationalisation. We have had the balance sheet repair. That has had an impact on the way that people value those businesses. In terms of investment quality, it is a vastly superior investment proposition than it has been many times in the past. Right now the industry is in a much stronger position. Its balance sheets are very robust, and I think that is something that cannot be ignored. The PGM industry – and other parts of the resources industry that are so well financed – deserve a different level of discount rate because I think the risk to those businesses is significantly lower because of that lack of gearing and that’s one of the reasons we feel it is the right place to have our clients’ capital invested.”

Asked about investor concerns over the traditional risks associated with mining companies operating in South Africa Hambro replied: “All of the traditional risks associated with South Africa – such as power supply, currency and so on have always been the case in the past during my career and are likely to be the case going forward. I think that’s reflected in the valuations.”

Turning to the issue of diversification by platinum groups through possible mergers with other mining groups such as gold producers Hambro commented: “This debate goes back to the past where gold companies were trading on dramatically higher premiums.

“In the Nineties, it was common to see gold companies on 30 times multiples versus a diversified resources company on a single-digit multiple, but those premiums have now narrowed drastically so the debate is less relevant than it was in the past.”

Hambro also pointed out that PGM producers did not just produce one metal, but multiple metals out of the same orebody being mined and commented: “You have commodity diversification embedded within the business right now so to add something else is not going to change things significantly.”

We use cookies on our website to give you the most relevant experience by remembering your preferences and repeat visits. By clicking “Accept”, you consent to the use of ALL the cookies.
Cookie settingsACCEPT
Manage consent

This website uses cookies to improve your experience while you navigate through the website. Out of these, the cookies that are categorized as necessary are stored on your browser as they are essential for the working of basic functionalities of the website. We also use third-party cookies that help us analyze and understand how you use this website. These cookies will be stored in your browser only with your consent. You also have the option to opt-out of these cookies. But opting out of some of these cookies may affect your browsing experience.
Necessary Always Enabled
Necessary cookies are absolutely essential for the website to function properly. This category only includes cookies that ensures basic functionalities and security features of the website. These cookies do not store any personal information.
Non-necessary
Any cookies that may not be particularly necessary for the website to function and is used specifically to collect user personal data via analytics, ads, other embedded contents are termed as non-necessary cookies. It is mandatory to procure user consent prior to running these cookies on your website.
SAVE & ACCEPT